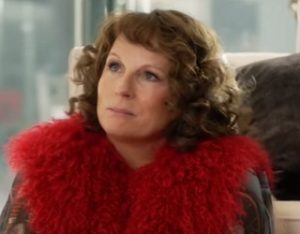 Absolutely Fabulous: The Movie is centered around Patsy Stone and Edina Monsoon, who, after ending up in the south of France, decide to live there.
An adaptation of the 1990s Absolutely Fabulous TV series, the film, starring ennifer Saunders, Joanna Lumley, Jane Horrocks, Julia Sawalha and June Whitfield, was released in UK on July 1. There are also celebrity cameos, such as Kate Moss, Chris Colfer, Cara Delevigne, Kim Kardashian, Gwendoline Christie.
The track used in the trailer is “Need You Tonight”, by INXS.