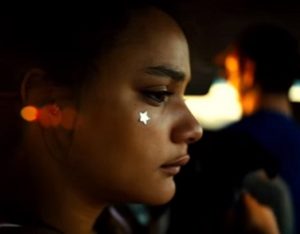 American Honey is a drama film written and directed by Andrea Arnold, following a teenage girl who joins a travelling crew of magazine sellers.
The lead role is played by Sasha Lane, a former waitress. Shia LaBeouf co-stars as the crew’s leader and guy she falls in love in with.
The songs from the official trailer are “I Like Tuh”, by Carnage feat. ILoveMakonnen and “God’s Whisper” by Raury.