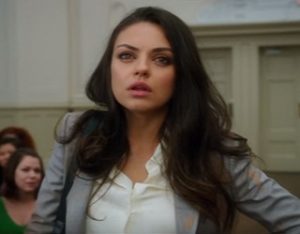 Mila Kunis, Christina Applegate, Kristen Bell, Kathryn Hahn, Annie Mumolo and Jada Pinkett Smith are bad moms in the upcoming American comedy film directed and written by Jon Lucas and Scott Moore, titled “Bad Moms”.
The movie follows Amy Mitchell (Mila Kunis) and other two moms, all of them over-stressed, in their quest to liberate themselves from conventional responsibilities. The three women, who go on a wild binge of long-overdue freedom, fun and self-indulgence, have to face, though, the group of devoted perfect moms, that judge them.
Directed by Jon Lucas and Scott Moore, the American comedy film will be released on July 29.
The tracks used in the official trailer are “Good Day”, by Greg Street ft. Nappy Roots, and “Hey Mama”, by David Guetta ft. Nicki Minaj.