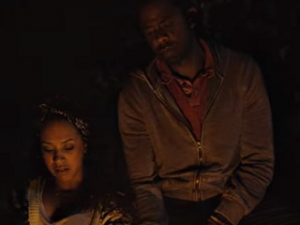 From director Adam Wingard comes, this fall, on September 16, Blair Witch, a sequel to the 1999’s classic Blair Witch Project.

The trailer for the upcoming horror film, centered around the brother of Heather Donahue’s character from the original film, who goes in the Black Hill Forest with a group of friends to discover what happened to his sister, has been released at Comic-Con, after a long period of silence regarding this subject.
The track playing in the background is a cover of The Police’s single “Every Breath You Take”.