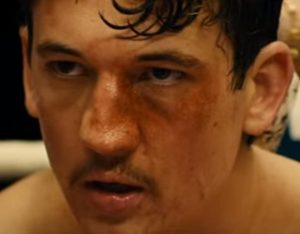 The former world champion boxer Vinny Paz’s life has become the subject of a biographical film, titled Bleed for This.
Directed by Ben Younger, the movie follows Vincenzo Pazienza throughout his journey to success and then his struggle to recover after the car accident in which his neck was broken.
The song playing in the official trailer is “Too Dry to Cry”, performed by the American musician Willis Earl Beal.
The movie, starring Miles Teller, Katey Sagal, Amanda Clayton, Aaron Eckhart and Ted Levine, is set to be released on November 4.