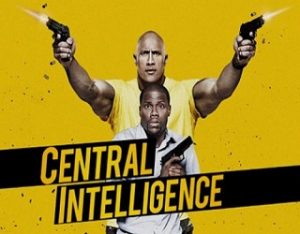 The music for the upcoming American comedy film Central Intelligence, released on June 17, is done by Ludwig Göransson & Theodore Shapiro.
The film, centered around a mild-mannered accountant who is lured into the world of international espionage by a pal from high school, stars Dwayne Johnson, Kevin Hart, Danielle Nicolet, Amy Ryan, Jason Bateman, Aaron Paul, and others.