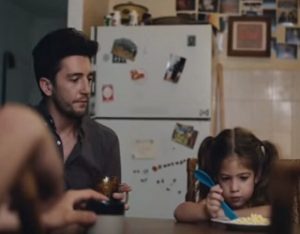 A father and a son have a one night stand with the same woman and, when the latter comes in their life, four years later, with a little girl of the same age, they realize any of them could be the father.
The upcoming American comedy drama Don’t Worry Baby shows the two men, played by Christopher McDonald and John Magaro, involving themselves as a dad in the kid’s life and trying to mend their relationship, which has been on the rocks for a long time.
Directed by Julian Branciforte, the film stars also Dreama Walker and will hit theaters on July 22.
The track playing in the trailer is taken from the album “Don’t Worry Baby (Original Motion Picture Soundtrack)” by
Slam Section and is titled “I’ve Known Love”.