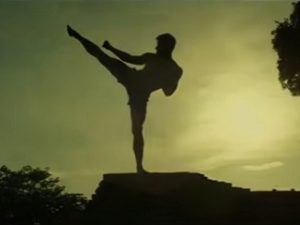 The upcoming martial arts film Kickboxer: Vengeance follows Kurt Sloane, a martial arts fighter who seeks revenge after his brother has been killed in a fight. He goes to Master Durand, willing to learn how to beat the Muay Thai champion Tong Po, the one responsible for his brother’s death.
Directed by John Stockwell, the movie stars Jean-Claude Van Damme, Alain Moussi, Gina Carano, Darren Shahlavi, Dave Bautista, and is due out on September 2.
The track used in the official trailer is “Came A Long Way” by Dark Chocolate.