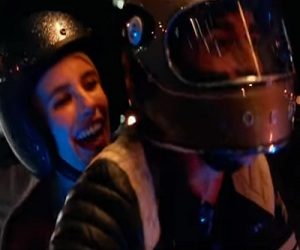 Jeanne Ryan’s novel titled “Nerve” has been made into a movie. Directed by Henry Joost and Ariel Schulman, the upcoming American drama thriller follows a young woman who plays an online game of truth or dare while others watch and give instructions on what to do next.
The film, starring Dave Franco, Emma Roberts, Kimiko Glenn, Juliette Lewis and others, and is due out on July 27.
The trailer song is “Ride”, performed by Lowell feat. Icona Pop.