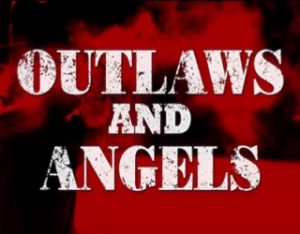 A captivating drama thriller, centered around the frightening sequence of events occurred after three fugitive criminals invade the farmhouse of a seemingly innocent family – this is the plot of Outlaws and Angels, written and directed by JT Mollner. Dark secrets come out the surface and unlikely bonds are formed, in a classic revenge tale that promises to surprise at the end.
The film, starring Chad Michael Murray, Madisen Beaty, Francesca Eastwood, Ben Browder, Keith Loneker, Francis Fisher, Steven Michael Quezada, Luke Wilson, Teri Polo and Nathan Russell, is scheduled to be released in US theaters this summer.
The track used in the trailer has been composed for the film and will be available on the soundtrack album.