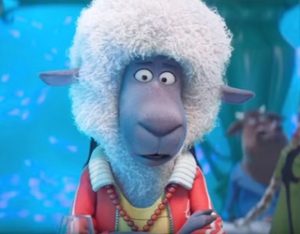 Fans of musical animated comedies will have the possibility to sing along with actors like Matthew McConaughey, Seth MacFarlane, Reese Witherspoon, Scarlett Johansson and others starting December 21, 2016, when the upcoming American film Sing will be released.
Among the protagonists, there are a pig, a snail, a sheep, a bunny, and a bull.
The trailer contains several tracks, as follows: “Bad Romance” by Lady Gaga, “Ride Like The Wind” by Christopher Cross, “Kiss from a Rose” by Seal, “Anaconda” by Nicki Minaj, and “Butterfly” by Crazy Town.