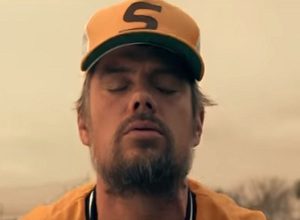 Bill “Spaceman” Lee has become the subject of a film titled “Spaceman”, which will be released this summer, on August 19.
With Josh Dushamel in the leading role, the upcoming baseball drama film tells the story of the famous pitcher who has been excluded from the Major League Baseball because of his love for marijuana and outspoken politics.
Ernie Hudson, W. Earl Brown, Sterling K. Brown, Carlos Leal, Peter Mackenzie and Emma Rose Maloney co-star in the movie directed by Brett Rapskin.
The track used in the trailer is “Crazy Man”, performed by Josefus.

Crazy man told me you were telling lies
Said there were times when you tried to make me cry
Listen to that crazy man
Oh, listen to him babble