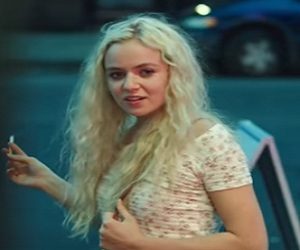 The upcoming American drama film White Girl follows a college girl from New York able to do anything to have the man she likes.
Written and directed by Elizabeth Wood, the movie stars Morgan Saylor, Brian Marc, Justin Bartha, Chris Noth, Adrian Martinez and others, and will be released in theaters on August 26.
The track used in the red band trailer is a cover version of John Martyn’s “Cocaine”, performed by Kiyo Cato.