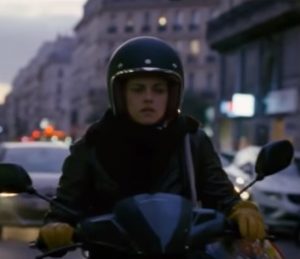 Kristen Stewart is trying to communicate with the ghost of her dead brother in the upcoming French psychological thriller Personal Shopper, due out next year.

The film, written and directed by Olivier Assayas, is set in the fashion underworld of Paris and stars also Lars Eidinger, Anders Danielsen Lie, Sigrid Bouaziz, Ty Olwin, Pascal Rambert, Audrey Bonnet, Benjamin Biglay and others.
Personal Shopper premiered in May, at the Cannes Film Festival, where it competed for the Palme d’Or, and it is slated to be released in US theaters on March 10, 2017.