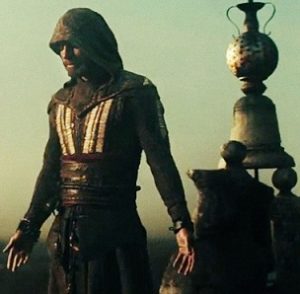 Titled “Destined for Great Things”, the 40-second trailer features Callum Lynch, descended from the mysterious secret society The Assassins, as he is captured by the evil corporation Abstergo Industries, for the memories in his DNA related to his ancestor Aguilar, who lived during the Spanish Inquisition.

Directed by Justin Kurzel, the film follows Lynch as he experiences the adventures of Aguilar in 15th century Spain, achieving amazing knowledge and skills to fight against the Templar organization.

The track used in the trailer is “This Is My World” by Esterly feat. Austin Jenckes.