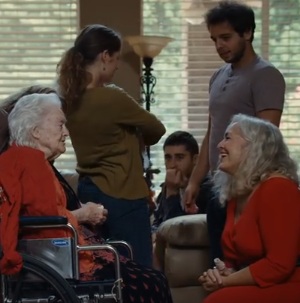 The production and distribution company StudioCanal UK has released the official UK trailer for the American drama film Krisha, scheduled to be released in the UK theaters on December 9 and with a special screening day at Everyman Cinemas Barnet, Harrogate, Esher and Leeds on December 14th.

Written and directed by Trey Edward Shults, the film follows Krisha, a former addict, as she returns home for Thanksgiving dinner after a decade spent away from her family. If, initially, there seems to be room for forgiveness and chances for a closer bond, as the festivities progress, old wounds open up and resentments are expressed.