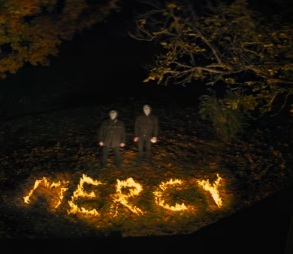 Some family ties are meant to be broken – this is what the official trailer for the upcoming Netflix original film Mercy reveals.

The thriller, written and directed by Chris Sparling, follows four brothers who reunite at their childhood home to see their dying mother and must deal with terrible secrets from her past which come to the surface and with tensions building between them. Moreover, they must fight for survival when a band of masked men, armed with axes, invades the house, putting at test their bonds.

Mercy had its world premiere at this year’s LA Film Festival. Netflix has acquired the distribution rights and it is now streaming it.