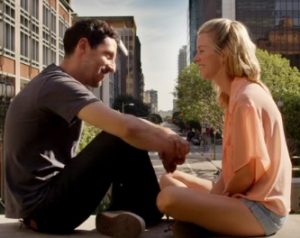 Nobody Walks in LA

Nobody Walks in LA is a comedy drama about two longtime pals, Becca and Miles, who put their lives on pause for one day and just go for a walk in LA, trying to find the most beautiful and the most ugly thing in the city. The two friends, who use no cars and no phones in their “adventure”, go through many places, such as LACMA, Koreatown, Grand Central Market and Echo Park, discussing on the way about a wide range of subjects.

The track used in the trailer is “I Need A Life” by Born Ruffians.