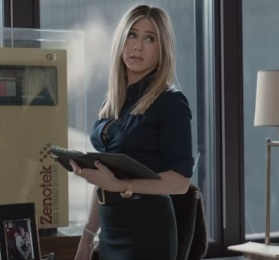 Office Christmas Party is an upcoming American film scheduled to be released on December 9, 2016.

..
Gimme the microphone with no gimmicks I’m really living it so when they come in and don’t you know to get up on the evidence
You ever wanna get it well tell ’em to come and get it
I point ’em to a God and we tell ’em we really wit Him
They thinkin’ that I’m tripping cause I’m livin’ for more than just rappin’ but that’s what happens when

Put your hands in the air, let me know you out there

Hungover and I’m back out
White party and I’m blacked out
Black car that’s maxed out
I’m about to just black out
..

So here I am
In this Hollywood city
The city of the stars
Movies, women and cars
Well I guess I
I guess I
Star
Hollywood swinging