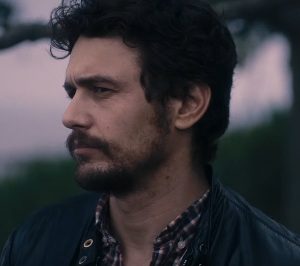 Based on Stephen Elliott’s novel of the same name, the film follows a once successful writer with a troubling childhood and an Adderall addiction, who becomes obsessed with a murder case. In his quest to find out details about the case, he meets a woman he falls in love with and deals with events from his past.

The film will be distributed soon by A24. The track used in the trailer is New Coke by Health.