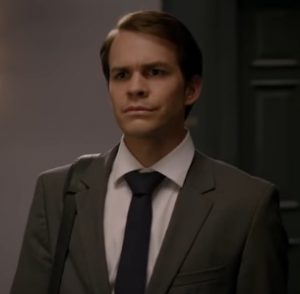 Johnny Simmons experiences all the changes of puberty in the comedy-drama The Late Bloomer, directed by Kevin Pollak.

The film is based on Ken Baker’s book “The Late Bloomer: A Memoir of My Body” and stars also Brittany Snow, J.K. Simmons, Jane Lynch, Maria Bello, Kumail Nanjiani and others.
The film premiered was released on October 7 in the US theaters.