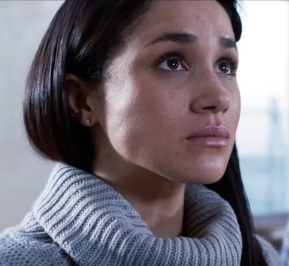 Prince Harry’s girlfriend, Meghan Markle, is a fashion model dragged into the criminal world of diamond thieves in the upcoming crime thriller Anti-Social: Special Edition, scheduled to be released on VOD on January 2, 2017.
Directed by Reg Travis, the film, set in London, follows the couple Kirsten, a fashion model, and Dee, a graffiti-artist, as their world is crushed down by Dee’s brother, Marcus, a diamond thief who ignites a gangland war and takes on an offer to carry out a high-risk West End heist.

Anti-Social: Special Edition, starring also Greg Sulkin as Dee, and Josh Myers as Marcus, is inspired by three real-life crimes committed in London: the Graff’s Diamond robbery in 2009, the Selfridges Burka robbery in 2013, and the Brent-Cross smash and grab robbery in 2012.

The soundtrack music is by Drew McConnell and Adam Faulkner (Babyshambles), Itch (The King Blues), and Shara Nelson (Massive Attack).

The song used in the trailer is “Whippin Excursion” by the English rapper Giggs.