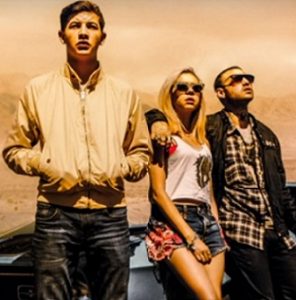 Detour is an upcoming psychological thriller following a seemingly naive law student who makes a promise to a violent duo, a grifter and his stripper companion, in a moment of insobriety and is forced to face the repercussions.

The film, written and directed by Christopher Smith, stars Tye Sheridan, Emory Cohen, Bel Powley and is scheduled to be released in US theaters on January 20, 2017.