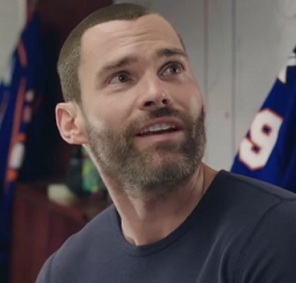 Goon: Last of the Enforcers

Seann William Scott reprises his role as Doug “The Thug” Glatt in the upcoming sequel to the 2011 film Goon, Goon: Last of the Enforcers.

The sports comedy film, directed by Jay Baruchel, follows Glatt’s team, Halifax Highlanders, as it unites with a bunch of new players during a pro lockout.

The film is scheduled to be released in Canada on March 17, 2017. The release date for the US theaters has not been set yet.

The track used in the trailer is “The Enforcer” by Monster Truck.