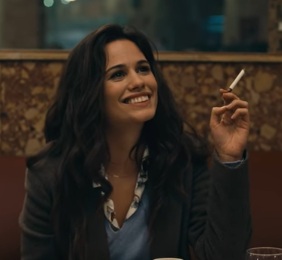 Porto is an upcoming drama film directed by Gabe Klinger, about Jake and Mati, two tourists in the city of Porto from northern Portugal, who meet in a cafe and start a date which lasts until morning. Their encounter is analyzed from the perspective of both of them and then a fusion of the two perspectives is presented.

With a script by Gabe Klinger and Larry Gross, the movie, starring Lucie Lucas, Anton Yelchin and Chantal Akerman, premiered at this year’s San Sebastian Film Festival and will have a wide release in 2017. Porto represents one of the last screen performances of main actor Yelchin, who passed away earlier this year, at the age of 27.

The song used in the trailer is “Shake It Baby” by John Lee Hooker.