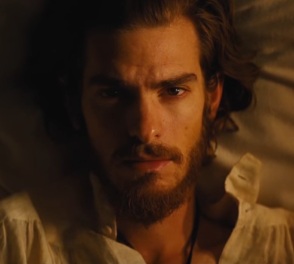 From Martin Scorsese comes the historical drama film Silence, following two young Portuguese Jesuit priests living in the 17th century who travel to Japan to find their mentor and propagate Christianity. The things are not easy for them, though, as their journey is marked by violence and persecution.

Based on Shusaku Endo’s 1996 novel of the same name and written by Jay Cocks and Scorsese, the movie stars Andrew Garfield, Adam Driver, Tadanobu Asano, Liam Neeson, Ciaran Hinds and others.

Silence is slated for a limited released on December 23 and a wide release in January 2017.