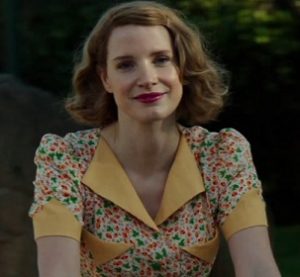 The Zookeeper’s Wife is an upcoming drama film about the true story of Jan and Antonina Zabinski, the keepers of the Warsaw Zoo, who made a place for hope in a world of fear, by saving hundreds of people and animals during the World War II, when Nazis invaded them, in 1939.