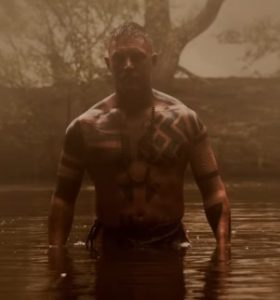 Tom Hardy is an adventurer who seeks vengeance after his father’s death in the upcoming drama TV miniseries Taboo.

Set in the early 1814, the eight-part series follows James Delaney as he returns to London from Africa and builds his own shipping empire, after his father’s death. On the way, he must deal with enemies and fight for his life, as there is a death sentence issued for him.