BBC One Series: My Mother and Other Strangers (Trailer Song) 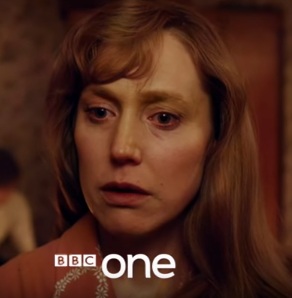 BBC One Series: My Mother and Other Strangers

My Mother and Other Strangers is an upcoming five-part TV series, scheduled to air on BBC One, centering around a dangerous love triangle formed by a woman living in a rural parish from Northern Ireland, her husband and a charming USAAF liaison officer, whose airfield landed there.

Set in 1943, in the village of Moybeg, on the shores of Lough Neagh in County Tyrone, the show, written by Barry Devlin and directed by Adrian Shergold, stars Hattie Morahan and Owen McDonnell as Rose and Michael Coyne, Aaron Staton as USAAF Captain Dreyfuss, Eileen O’Higgins, Des McAleer, Seamus O’Hara, Ryan McParland and others.
The series will premiere on Sunday, 13th of November, at 9pm.
The trailer song is Daughter by Youth.

Shadows settle on the place, that you left
Our minds are troubled by the emptiness
Destroy the middle, it’s a waste of time
From the perfect start to the finish line

We are the reckless
We are the wild youth
Chasing visions of our futures
One day we’ll reveal the truth
That one will die before he gets there
And if you’re still bleeding, you’re the lucky ones
‘Cause most of our feelings, they are dead and they are gone
We’re setting fire to our insides for fun
Collecting pictures from the flood that wrecked our home
It was a flood that wrecked this

And if you’re in love, then you are the lucky one
‘Cause most of us are bitter over someone
Setting fire to our insides for fun
To distract our hearts from ever missing them
But I’m forever missing him