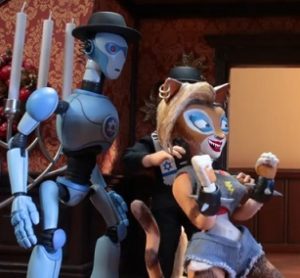 Crackle has released the trailer for the original special SuperMansion: War on Christmas, scheduled to debut on Thursday, December 8.

The show follows the League of Freedom, a group of smug superheroes who unite their forces, despite their continuous disagreements, to save Christmas when Santa Claus runs away.

All 13 episodes of season one are available for free on the streaming service, with season two slated to return in early 2017.