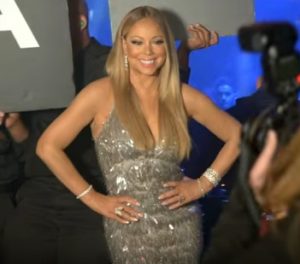 Mariah Carey’s life has become the subject of a documentary named Mariah’s World, which will be released by episodes on E! cable network starting December 4.

The eight-part docu-series, aiming to help viewers get to know the American singer’s personality, follows her as she begins her “Sweet Sweet Fantasy” Tour around Europe and Africa. The TV show features behind the mic scenes, including her family, friends and inner circle, and her life as she was planning to get married.

In the UK, Mariah’s World will premiere on Sunday, December 11, at 9pm.
The track used in the trailer is Mariah Carey’s single “Fantasy”.