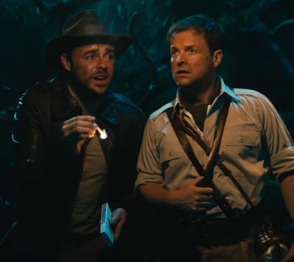 I’m A Celebrity…Get Me Out of Here!

I’m A Celebrity…Get Me Out of Here! returns to ITV with its 16th season, on Sunday, November 13th.
The trailer features Ant and Dec as they are lost and hungry in the wilderness, and makes viewers asking themselves if they will find their way back to the camp.
The show’s official line-up hasn’t been released yet, but rumor has it that some of the celebrities that are ready to test their limits in the Australian jungle are X-England football star Wayne Bridge, media personality Carol Vorderman, The Geordie Shore star Charlotte Crosby, the McFly star Tom Fletcher, the former England cricketer Monty Panesar, broadcaster Danny Baker, the former boxing champion Tyson Fury, the The Only Way is Essex actress Kate Wright and others.