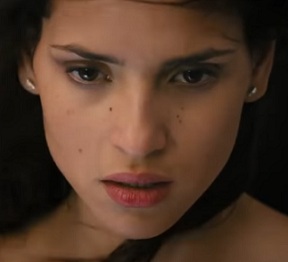 The trailer for the upcoming fantasy series Emerald City, scheduled to premiere on NBC on January 6, 2017, has been released.

The new TV show, based on L. Frank Baum’s Land of Oz book series and directed by Tarsem Singh, follows Dorothy Gale, a 20-year-old girl from Kansas, and her K9 police dog as they are swept by a tornado into a magical world, where she accidentally kills a witch in a car crush. This magical world, which is a reimagined Oz, with a sly Wizard, dark magic, lethal warriors, the witch’s raging sisters, and a battle for supremacy, sets challenges for Dorothy at every step of the way, and helps her discover her true destiny.

The first season, including 10 episodes, was originally scheduled to air in 2015, but the series was canceled because of creative differences between the showrunner Josh Friedman and the studio.