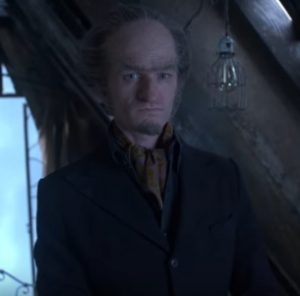 Netflix 2017: A Series of Unfortunate Events

Neil Patrick Harris is Count Olaf in the upcoming drama TV series A Series of Unfortunate Events, scheduled to be released on Netflix on January 13, 2017.

Based on Daniel Handler’s (aka Lemony Snicket) best-selling series of books, the new TV show, initially consisting of eight episodes, follows the Baudelaire orphans (Violet, Klaus and Sunny), who are taken care of by Count Olaf, an evil guardian able to do anything to get their inheritance. The three kids must forestall Olaf’s plans and use their mind and skills to discover the truth behind their parents’ mysterious death.