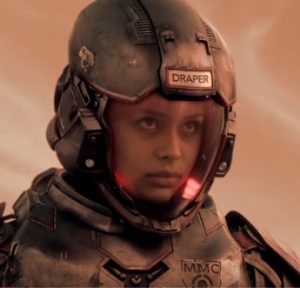 The Expanse returns to Syfy on February 8, 2017, with its second season.

Set 200 years from now, when Earth has colonized Mars and the asteroid belt, but corruption, deception and injustice still rule, the science-fiction TV series, based on James S. A. Corey’s bestselling book series of the same name, will have 13 new episodes.

UN executive Chrisjen Avasarala, police detective Josephus Miller, ship’s officer Jim Holden and his crew must work together and find a way to ensure the survival of humanity.