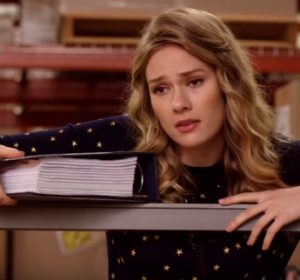 No Tomorrow is a new comedy-drama series airing on The CW on Tuesdays, at 9/8c, about a young woman obsessed with order falling for a free-spirited guy who, thinking that an asteroid will hit the Earth in about eight months, makes an Apocalyst, including the things he wants to do before the end of the world.

No Tomorrow premiered on October 4, and 8 episodes aired so far. On December 6, the 9th episode, titled “No Truer Words”, will run.