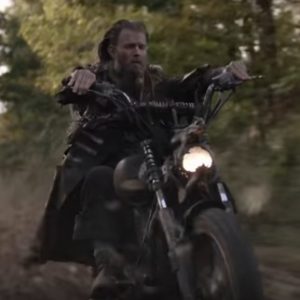 Outsiders returns to WGN America in January 2017 with its second season, which will have 13 episodes.

The TV drama series, created by Petter Mattei and set in a fictional town from Kentucky, follows the Farrell clan as they struggle to keep their independence and control over their land in the hills of Appalachia.