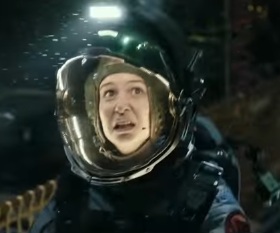 The trailer for the second installment in the Alien prequel series, Alien: Covenant, has been finally released.

The upcoming sci-fi horror film, directed by Ridley Scott, follows the crew of the colony ship Covenant as they discover that the seemingly uncharted paradise they find on a remote planet is actually a dangerous world, with only one inhabitant.

The track used in the trailer is a cover by Aurora of the single “Nature Boy”, originally performed by Nat King Cole.