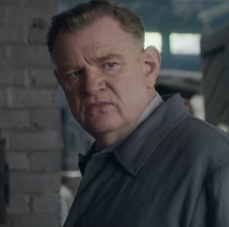 Alone in Berlin is an upcoming war drama film, inspired by a true story, revolving around a working class couple living in 1940s Berlin, who, after losing their son in the World War, decide to resist Adolf Hitler and the Nazis by writing postcards to urge people to stand against the Führer.

With Brendan Gleeson and Emma Thompson in the leading roles, the film also stars Daniel Brühl, Louis Hofmann, Mikael Persbrandt, Katharina Schüttler, Jacob Matschenz, Lars Rudolph and others. Based on Hans Fallada’s novel of the same name, Alone in Berlin is inspired by the real lives of Otto and Elise Hampel, whose son died in France, on the battlefield. Directed by Vincent Pérez, who was also co-writer, the film was selected to compete for the Golden Bear at this year’s Berlin International Film Festival.

While it was already released in Germany (September 8) and France (November 23), it is still to be released in the US on January 13, 2017.