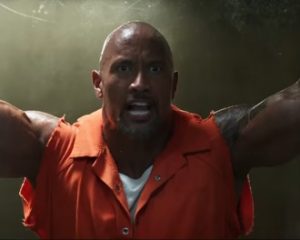 The Fate of the Furious – Dwayne Johnson

The trailer for the upcoming Fast and Furious 8, titled The Fate of the Furious and due out on April 14, 2017, has been finally released.

The eight installment in the Fast and Furious film series, created by Gary Scott Thompson and directed by F. Gary Gray, follows the elite force team facing challenges as never before, after a mysterious woman enters Dom’s life and seduces him into the world of crime. He and his mates must stop an anarchist from wreaking havoc everywhere.

The track used in the trailer is “Speakerbox” by Bassnectar feat. Lafa Taylor.