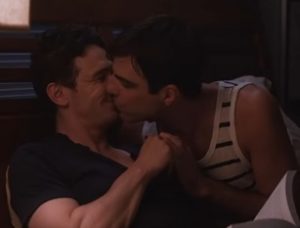 2017 Movies: I Am Michael – Zachary Quinto vs. James Franco

James Franco’s fans will have the possibility to see him, next year, also in the role of Michael Glatze, the gay activist who rejected his homosexuality and became a Christian pastor, in the drama film I Am Michael.

Based on Benoit Denizet-Lewis’ New York Times Magazine article “My Ex-Gay Friend”, the movie is written and directed by Justin Kelly and tells the true story of Glatze, co-founder of Young Gay America and former advocate for gay rights, who turned to God and publicly announced he is no longer identified as a homosexual.

The film is scheduled to be released on January 27, 2017, in a limited released and through VOD.