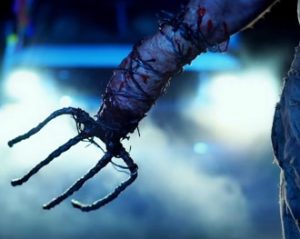 “Every generation has its monster” – this is the tagline of the upcoming horror film Pitchfork, marking the directorial debut of Glenn Douglas Packard, the dance choreographer who worked on 2001’s Michael Jackson: 30th Anniversary Celebration.

As for Pitchfork, which is the first installment in a franchise, Packard was involved also in writing its script, together with executive producer Darryl F. Gariglio.

The film centers around a group of college students who leave New York City to spend some time at a friend’s farm from Michigan, where he grew up and where his family lives. There, a ferocious beast “on a rampage fueled by secrets and betrayal” attacks them, putting their life in danger.

Pitchfork will be released world wide through UNCORK’D Entertainment in early 2017.