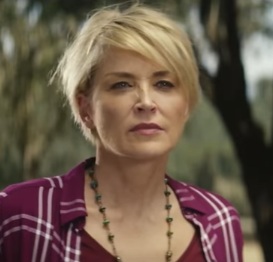 Sharon Stone returns to the silver screen in the drama film Running Wild, about a young widow who works with a herd of wild horses at her ranch by involving convicts. Stone is not the widow, though, but a villain named Meredith, who ends up by doing something unpredictable.

Written by Christina Moore and Brian Rudnick and directed by Alex Ranarivelo, the film explores, among others, the strong bond the man can form with a horse and the impact the latter can have on someone’s development and state of mind. The cast ensemble includes also Dorian Brown as the widow who saves her ranch by creating a convict rehabilitation program, Tommy Flanagan, the leader of the convicts, and others.

Running Wild is scheduled to be released in the US on February 10, 2017.