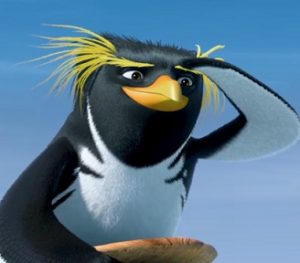 Sony Pictures Animation has released the second trailer for the sequel to the 2007 Surf’s Up, Surf’s Up 2: WaveMania.

The animation film centers around surfer penguin Cody Maverick, who joins the famous surf crew The Hang 5 on a journey to ride the most dangerous waves on Earth and has the possibility to become a member of it if he proves to have what it takes: power, speed, endurance, and team spirit.