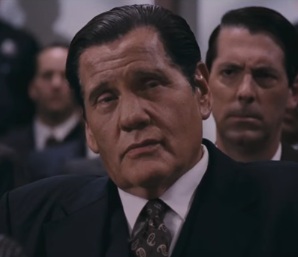 The legendary boxing champion Jake LaMotta has become the subject of a biographical film titled The Bronx Bull.

Based on LaMotta’s real-life experiences, the movie chronicles his life from youth to retirement, depicting his rise as a world-class boxer, but also his battles from personal life. “His rage made him a champ, a legend” – reveals the trailer, which features a man telling LaMotta “I made you though. I made you into a man. I made a champ”. Scenes from the ring box and also from outside the ring, alluding to “unfinished business” are featured, as well, in the trailer, promising you to tell “the story you’ve never heard”.

The release in the US theaters is slated for January 6, 2017.