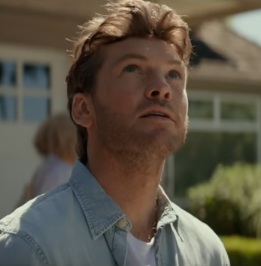 A grieving father who questions his faith after having lost his little daughter is taken by three mysterious strangers on a life-changing journey in the upcoming American drama film The Shack, scheduled to be released on March 3, 2017.

Written by John Fusco based on William P. Young’s bestselling book and directed by Stuart Hazeldine, the film stars Sam Worthington as Mack Phillips, a man who meets the Holy Trinity, after answering the invitation made through a mysterious letter to go to an abandoned shack deep in the Oregon wilderness. The cast includes also Octavia Spencer, Sumire Matsubara, Tim McGraw, Radha Mitchell, and Graham Greene.

The trailer released by Lionsgate features an original song titled “Keep Your Eyes On Me”, written and performed by Tim McGraw and Faith Hill.