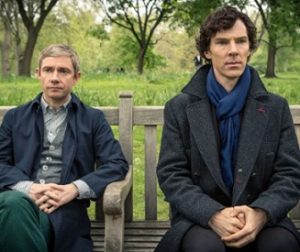 “Something’s coming” on January 1st 2017 in both the U.S. and UK. It’s the fourth season of Sherlock, promising shocks, surprises and extraordinary adventures.

The new season begins with the famous detective returning home to share a special moment with his faithful friend Doctor Watson, who prepares, together with his wife, to become parents. Terror and tragedy are just around the corner, though, threatening to shatter the lives of Holmes and Watson.