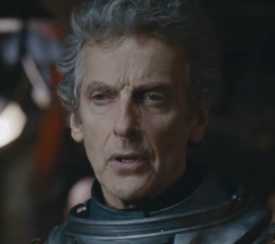 BBC has released the trailer for the 10th season of Doctor Who, scheduled to premiere in April 2017 on BBC One.

The Doctor, played by Peter Capaldi, who is an alien Time Lord traveling through time and space in his TARDIS, which appears to be a British police box on the outside, will have a new travelling companion in the person of Bill Pots, played by Pearl Mackie.

The upcoming 12-episode season, that was preceded by a Christmas Special in December, titled “The Return of Doctor Mysterio”, will also star Matt Lucas as Nardole.

The first episode, due out in April and titled “A Star in Her Eye”, is directed by Lawrence Gough. One thing is sure: new worlds and new adventures are in store for Doctor Who and Bill.