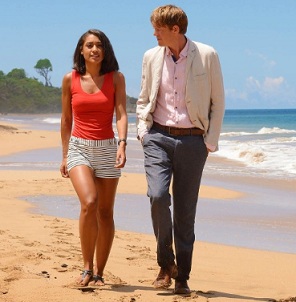 BBC First Australia has released a teaser for the sixth season of Death in Paradise, the hit crime drama series created by Robert Thorogood, following the crime-fighting police team from the fictional Caribbean island of Saint Marie.

The sixth season of Death in Paradise will premiere in the UK on BBC One, on January 5, 2017, and in Australia on BBC First, on January 6.