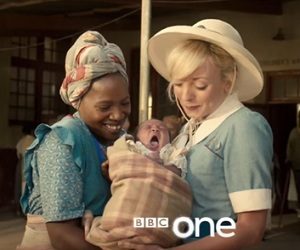 BBC has released a trailer featuring the shows airing on Christmas on BBC One.

“I’ve been away for a while, but I’m back” – this is how the fourth season of the hit drama series Sherlock, returning with three brand-new feature length episodes, is announced. The festive spirit will be maintained also by The Great Christmas Bake Off, a two-episode special edition of the famous baking competition in which four bakers from past series accept three challenges. A Christmas special edition will air also for Strictly Come Dancing, with six former celebrities returning on the dance floor.

Fans of EastEnders have a reason to watch BBC One on Christmas, as they will get to see what happens to the residents of Albert Square.

Doctor Who joins forces with a comic book superhero to save New York from an alien threat in the Christmas special Doctor Who – The Return of Doctor Mysterio. Then, the animations Revolting Rhymes and Ethel and Ernest will be gathering entire families in front of their TVs.

Call The Midwife, Last Tango In Halifax, To Walk Invisible, The Witness For The Prosecution, Brendan O’Carroll’s comedy sensation Mrs Brown’s Boys will also air on BBC One.

The TV channel invites viewers to join a special night event hosted by comedian David Williams, celebrating Dame Shirley Bassey, with a lot of live music, comedy, and many surprises.

The song used in the trailer is Stars by Rebecca Ferguson.